However, what’s wrong with these resolutions is that they are difficult to follow for many people. To set a New Year’s resolution for your finances and keep to it, you’re going to have to figure out the smaller details, turning your aims into smaller and more easily manageable tasks.

Don’t Spend Without a Deal

To start with, you can begin to remind yourself not to spend money without looking for a deal first. There is a famous saying that says “don’t buy pizza without a coupon”, but you could also try replacing the word “pizza” with “anything” to see where it gets you.

Most of the products and services that you pay for have deals, it’s just a case of going looking for them. Your local grocery store will likely have deals available on its app or as part of its newsletter, while your favorite clothing stores likely offer loyalty programs. You can also get good deals on entertainment. For example, many gaming sites such as Steam tend to offer seasonal sales on popular titles and, similarly, if you like to play online casino games, there are often many different sign-up bonuses on popular sites. For example, the Bonus.ca list of Live Casino offers discusses how you could get free spins and bonus money. Furthermore, for streaming services, see if it’s more affordable to enter a family plan with your friends than it is to pay for a subscription each.

If you work for a major company and not for yourself, then it’s likely that the business has some sort of employee pension plan. Some pension plans just provide employees with an easy way to put money away for retirement but, very often, employers offer to match your contributions.

Your employer may have a cap on their contribution but, whatever that cap is, try to max it out each month if you can. If the cap is 3%, put in 3% of your salary so that your employer would put in another 3% so that you’ve put money amounting to 6% into your pension plan. On a salary of $100,000 a year, $6,000 may not seem like much but, because of compound interest, you could potentially be retiring with much more money than you thought.

Get One Side Hustle

A report by Sage on globenewswire.com revealed that one in three Canadians are now working on a ‘side hustle’. A side hustle is a side business that you work on as well as your main job. It may be the age-old favorite of having a lemonade stand on the side of the road, you may make money selling clothes on eBay, or you may do virtual assistant work for busy entrepreneurs.

Having a side hustle could put another few hundred dollars in your bank account each month, helping you save towards a big purchase such as a house or spend and enjoy yourself. All the while having the peace of mind that you can do whatever you want with that extra money because you’ve earned it.

There’s nothing wrong with wanting to save more money as a New Year’s resolution, but it’s the way that you go about them matters. Give yourself the best hope at succeeding at your resolutions by planning ahead how you can reach them! 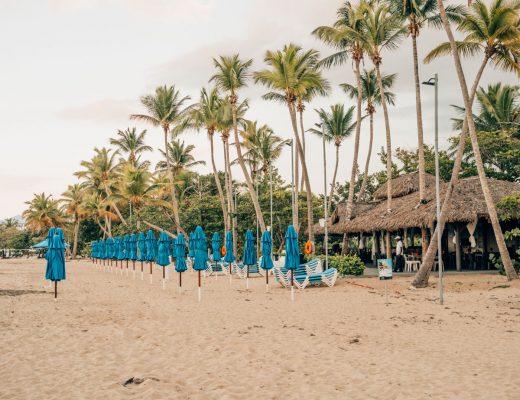 7 Tips for Traveling on a Budget

What to Consider When Choosing a Bank

9 Realistic Things You Can Do to Improve Your Finances Today