The most expensive cars to insure

People often assume that the only thing that is preventing them from owning their dream supercar is the high initial purchase costs. However this isn’t the only handicap that motorists would face, with the annual running costs often being equally as extortionate. This is more of an issue now than ever before in light of the price rises which have recently occurred in both the fuel and car insurance markets.

With average premiums differing by up to $1,600 depending on which state you live in, giving exact estimates of likely auto insurance premiums on these types of vehicle is notoriously difficult. Nevertheless, we take a look at five of the cars which were named as being amongst the most expensive to insure in the USA by insure.com and examine the reasons for this:

The DB9 is visual a stunning vehicle and helped to resurrect the fortunes of Aston Martin when it was launched in 2004. Overall vehicle performance is equally as impressive, being powered by a remarkable 5.9 litre V12 powerplant which propels to car from 0-100 km/h in just 4.8 seconds.

However, one of the cars biggest attractions is also its largest handicap when it comes to sourcing insurance. The high performance nature of the DB9 means that those driving it are statistically more likely to travel at unsafe velocities and lose control of the vehicle; particular in difficult driving conditions such as wet weather. This is reflected in the insurance premiums, with insure.com predicting that the average American motorist would be paying $3,120 per year to insure themselves on the DB9 which is over $2,000 more than what the average motorist would pay for insurance on a Toyota Sienna.

Mercedes AMG is a subsidiary of the Mercedes Benz Company which produces cars with a higher performance specification which are based on their parent company existing range of models. In the case of the S65, the vehicle is fitted with a more powerful engine and its accompanying four exhaust pipe layout. Handling and cornering speeds have also been enhanced with the addition of larger brakes and wheels as well as a modified sports suspension.

Insurance companies are not stupid and are well aware that the AMG logos will mean higher performance, the result of which is higher insurance quotes than what would be offered to owners of Mercedes vehicles which have not been altered by AMG. Insure.com predicted that the average motorist would pay $3,221 for insurance cover on this vehicle.

AMG have also got their hands on the SL-class Mercedes models, enhancing the power and performance of the SL63. However AMG equip the cars with additional features such as a new speed sensitive steering system; along with refinements to the interior.

All of this of course pushes up the overall value of the vehicle and makes it far more expensive for the insurer to repair or even replace if it is written off in an accident. This along with the before mention increased statistical likelihood of the car being crashed by the policy holder is a disastrous combination as far as insurance is concerned, with insure.com claiming that the average motorist would stand to spend $3,263 per year to insure themselves on this vehicle.

BMW is all about luxury and this is very much in evidence with the 750i which comes with a whole host of additional features such as a satellite navigate system, voice command unit and a superb highly advanced audio system.

All of this combined with the larger 400bhp V8 engines which were fitted to these models will not be looked upon favourably by insurers, with the BMW 750i not only being statistically more likely to be crashed but also far more expensive to repair than a bog standard vehicle which is not equipped with all of this high-end technology. Insure.com therefore reports that the average motorist could expect to be forced to pay $3,281 per year to get insurance cover on the 750i.

One of the standout features of the SL65 is the remarkable twin turbo V12 engine which produces 604bhp and accelerates from 0-100 km/h in 4.2 seconds. This is despite a whole host of additional features designed at both improving performance and driver comfort in the typical AMG manner.

All of this combined results in a selling price of close to $200,000 which is the kind of expense that most insurers could do without. This is reflected in the car insurance premiums on offer, with the average motorist standing to pay $3,544. 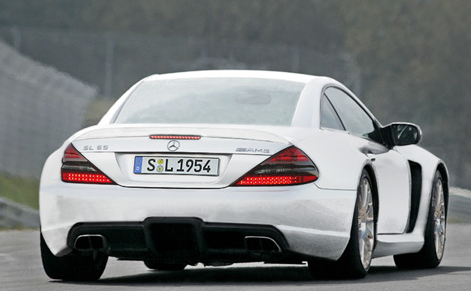 Five Ways to Save with Amazon