I become a low functioning adult whenever football (soccer for my North American friends) tournaments are on. Euro Cup  2012 is no exception. Having been fortunate enough to have been present in Rome during the finals a few years back, I can tell you that there is a sense of culture and insanity that is hard to duplicate around these parts. 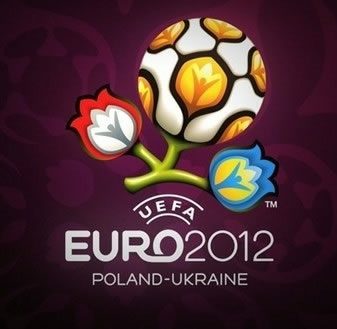 While I know that this is a personal finance blog, I felt compelled to share my excitement about the sport. Do your kids a favour (if you have kids) and give them the joy that comes with playing it. My family has football in our blood, and its a bond that keeps us together during some interesting moments. For example, watching my mum have an angry discussion with the television during Germany games is worth the price of admission. It is one of the cheapest sports to play, and teaches all the right things, including team building, discipline, chemistry, strategy, running like hell when the other team has the ball, and life long habits that beneficial in every aspect of their lives. I suppose that could be said about every team sport, but the difference is that soccer is a universal language. I could, and have travelled to different parts of the world and the soccer ball is a universal symbol, and I have been welcomed with open arms when asked if I could join a match.

Obviously I could write an entire rant about the salaries that the players make in European football, or how they are elevated to almost god-like statuses, or even how some players can be crybabies and fall down at the slightest touch. Yes, an argument can be made about all of that; just as an argument can be made about how 18 and 19 years are so disciplined and are already performing on a world stage for their country. Or how it is sport where 40 year olds, and 18 year old share the stage and its hard to tell them apart.

I’m very open about my love of sports. Having grown up with boys, and having played soccer since the age of 4, its hard to feel any other way. The running joke in my family is that I would wear on the soccer field if I could as well. That’s right, I love heels, skirts, and most things girly, but the empowerment that soccer has provided me cannot be described with words. These days I coach, and play a few times on a co-ed team, and even after 24 years, its still my favorite way to spend my time.

Back to Euro Cup 2012, I urge you to spend an hour watching a team that you like, or get together with friends and play, or even think about joining a team. This year Netherlands, Germany,Spain are slated to be really good. There are also a few whispers about Russia. Regardless of what team you like, or whether you even know what the difference between Euro Cup 2012 or World Cup is, I beg you to please introduce your kids, god-kids, cousins, siblings, etc to the sport. I promise that it will be worth the effort and the time.

Life Should be Equal Parts Responsibility, and Fun.

Hanging Out with Friends: Do it on a Budget