While I haven’t officially announced it on the blog, I am currently on a whirlwind 5 month trip in Europe, working and exploring the sights and sounds of the countries that fascinate me (and don’t have snow)!

Well, because I can.

I got bitten by a radioactive travel bug and now I can’t stop seeing the world.

The rush of packing my bags and heading off to some faraway spot on the globe is intoxicating. I love getting to know the locals, learning new cultures, experimenting with food and going where no other tourist has gone before.

For me, It’s all about the journey and exploration more than anything else. It’s a feeling that can’t be replicated, especially not in the bitter deep freeze of Canada.

So with my Eurail pass in hand, I’m heading to explore as many countries as I can before coming back to enjoy the summer.

If you’re planning your first ever sojourn abroad, here’s a great idea: go to Spain. 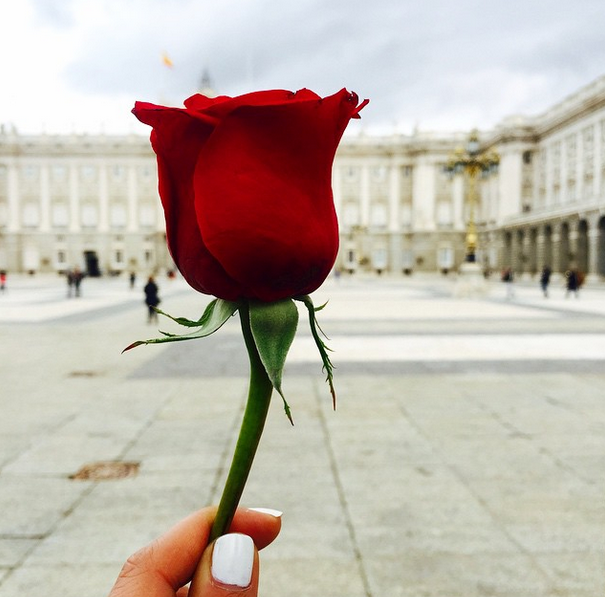 Located on the Iberian Peninsula in southwestern Europe, Spain has long been a favorite of tourists from other parts of Europe and North America who want to escape the bitter cold and dreary weather of the north and enjoy a sunny, Mediterranean lifestyle.

Spain is only one of three countries to have both Atlantic and Mediterranean coastlines, and that’s what makes this country an awesome: an uber long coastline!

Here are some other reasons why Spain in should be your next vacation destination:

1. You’ll Get an Endless Dose of Vitamin D

Being in southwestern Europe, a large part of the country enjoys 300 days of sunshine each year. 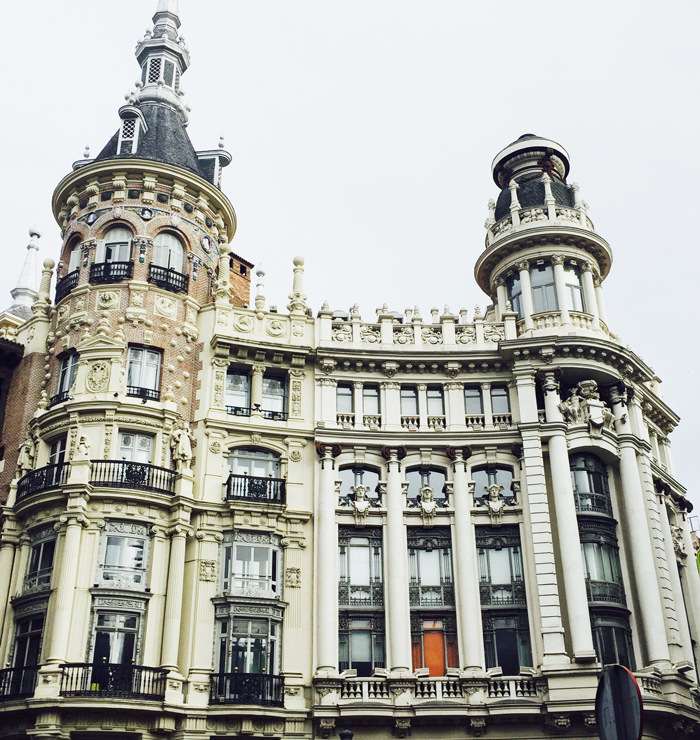 There’s the occasional rain shower, but for the remainder of tourist season you don’t have to worry about the weather ruining your vacation. Some parts of Spain can get cold in the winter, but not as cold as some of her European neighbors.

Cities that you MUST visit:

Madrid is the New York of Spain. The hustle and bustle of the city envelopes you, and makes you feel like one of it’s own.

Barcelona is calm, cool and collected. The city has a mellow vibe with a vibrant personality. Oh, and the beaches. Let’s not forget the beaches. Tip here is to stay in a central location, and either walk or take the metro everywhere. We stayed the NH Podium and loved it. It’s right in the heart of the city and a quick walk from Las Ramblas.

Seville is the quiet younger sister, and that one that isn’t completely swarmed by tourists. This is where you want to go, if you want to enjoy Spanish culture at your own pace.

2. You’ll Get to Take Advantage of All That Coastline

Spain’s long coastline means that you’re never far away from a beach.

Beautiful golden or white sand beaches adorn Spain’s cities and towns, with the crystal clear waters always inviting you for a dip.

If you’re not up for swimming, the beaches are also great if you just want to hang out for the afternoon or take a walk in the morning.

Barcelona is one of my favorite places on earth. 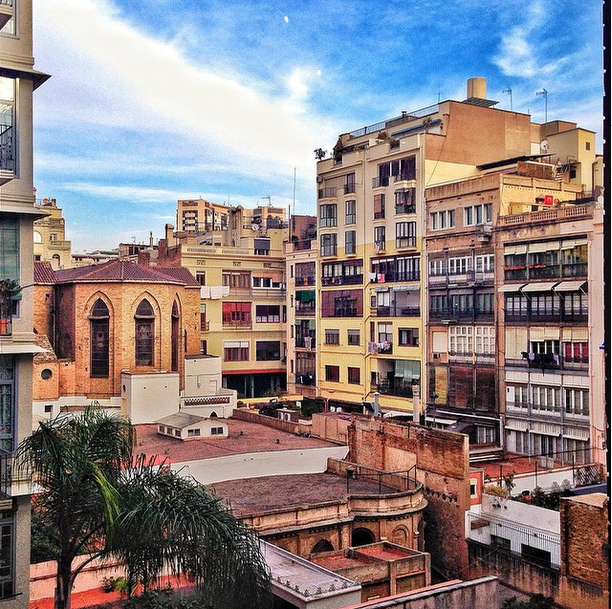 Regardless of whether you move to the city or just head out there for a weekend, you’ll find things that you’ll love. We just wrapped up a 4 day stay, and can’t wait to go back in when the weather is nicer.

3. Spain is A Gastronomic Paradise

Spain has the best restaurants in the world. The ElBulli was number one in its day and En Celler de Can Roca has taken the reins as 2013’s best, making Spain an orgasmic place for a foodie.

When you’re in Spain, be sure to try everything. The world famous Paella, which is a mix of rice, seafood, meat and spices is a source of national and regional pride. Every region has their own take on the national dish, so be sure to try each and every one of them. 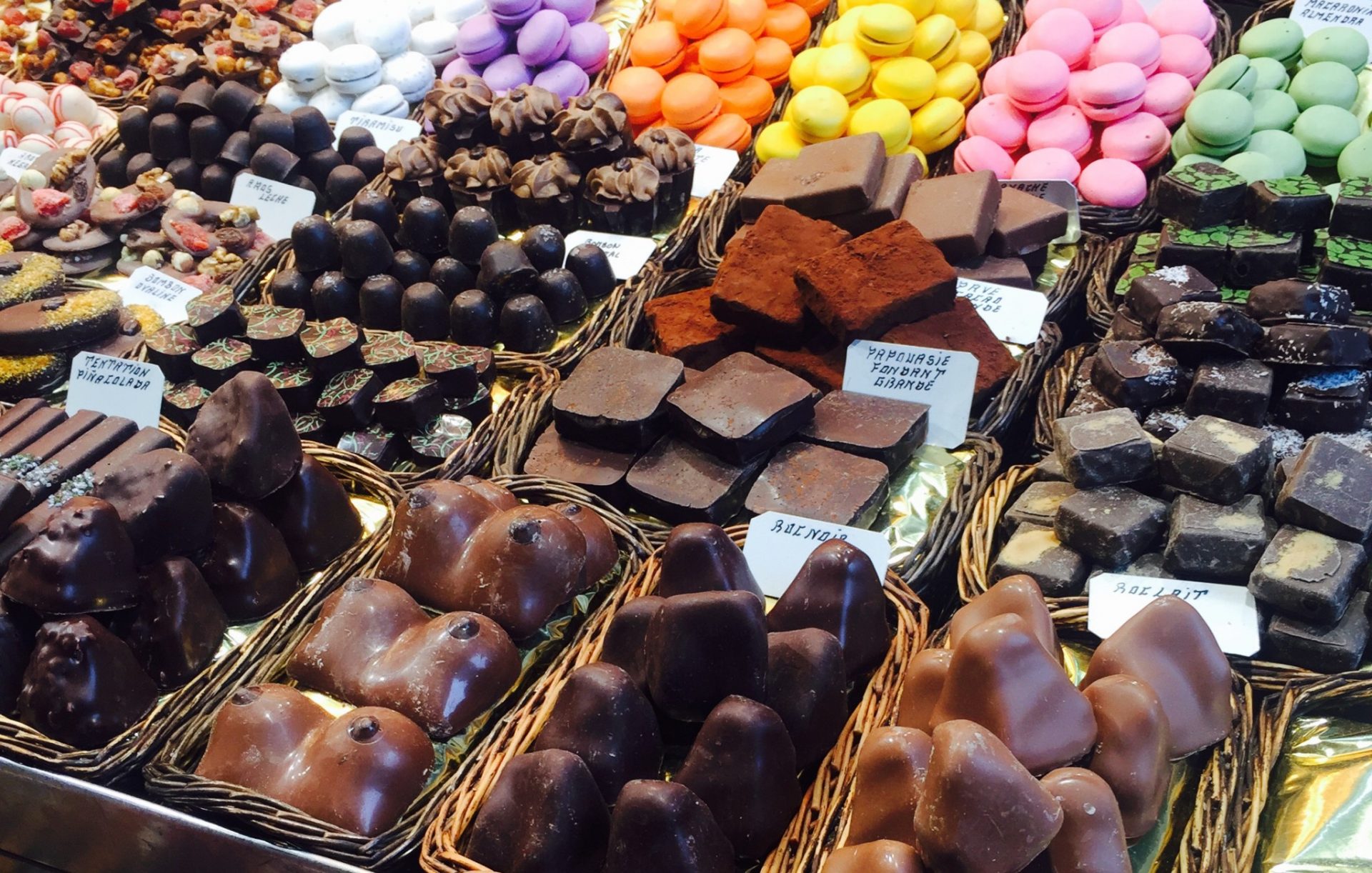 Be sure to enjoy some tapas, which are tasty appetizers that you can either eat as a meal, or with your main dish. Try their smoked and cured meats, like the chorizo. And, don’t forget to indulge in some of the world’s best red wine in the La Roja region.

4. Spain Has the Third Most UNESCO Heritage Sites in the Entire World

Not only is Spain full of history with a huge number of UNESCO Heritage sites, but it also has many amazing architectural marvels.

Gawk at the Alhambra Palace in Granda, or marvel at the fine Roman ruins like the Roman theatre in Merida.

Right smack in the middle of Madrid sits an Egyptian temple, the Temple of Debod, a gift from Egypt in the 60’s.

There are also world famous cathedrals and churches, like the Sagrada Family Church designed by Gaudi, or the Cathedral of Santiago de Compostela.

The magnificent 1,000 year old mosque in Cordoba is one of the country’s best attractions. If you like art, Spain boasts one of the largest art galleries in the world –The Museum of El Prado, in Madrid. The museum is home to more than 8,000 paintings and works of art by the country’s famous artists like Pablo Picasso, César Manrique, Goya, Velazquez and Salvador Dalí. 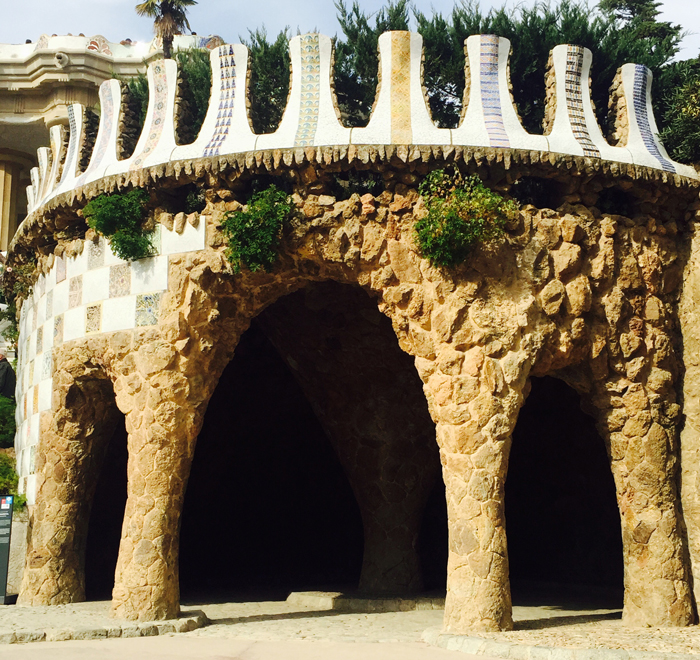 But you don’t have to wander far to see this marvels. The streets are filled with wonderful architecture that us North Americans aren’t used to. You can spend hours walking down side streets and just looking up.

5. Soak In the Spanish Culture

Spaniards are very hospitable and warm towards their guests.

Family is very important in Spain, and families here are extremely close and tight knit. The children respect their elders and take care of their parents when they grow old.

Spain is also known for the fiestas and siestas.

Fiestas are legendary events that commemorate either the birth of a saint or some other religious or national event.

There is often a parade and a lot of eating and drinking. A lot of the small towns and cities still practice the siesta, wherein they take an extended lunch to spend time with their families and to catch a nap.

A word of warning for those attempting to visit during the dead of summer. Most smaller stores  shut down in the middle of the day. Last time we were in Madrid we took naps under trees in the parks during the 40 degree summer days.

So Now That You’re Convinced You Need to Visit Spain..

You’re convinced that you need to visit Spain.

You’ve got your bags packed and you can’t wait to get going.

Here are a few things to help you with your trip:

Invest in a Eurail pass. It’s the best value for your money, and most short trips can be made without a reservation. That means that you can show up at the train station, and go for day trips with specific passes. Worth everything penny.

Stay in Central Hotels. As mentioned above, we opted to stay at the NH Barcelona Podium while in Barcelona, and saved a ton by walking everywhere, and it cut down on our transportation time.

Get to Know the Metro System: The metro system in Europe is amazing, and you can get from point A to B really easily and quickly. Everything has colours, and makes it easy so you won’t get lost.

Spain is a beautiful country.

It’s relaxed, Mediterranean lifestyle and warm people make this country a top destination all year round.

If you want a different experience, head on over to Spain for a vacation you’ll remember forever. If you need an excuse, tell your boss you need some Spanish translation services done. Who knows, you may even get a paid vacation!

Top Languages to learn in 2013

Holidays With The Girls

Fun family holidays on a budget