Do you know who J Cole is? Yes? Great!

For those who don’t know, J Cole is a rapper. I’m not going into the merits of his work since I’m not the biggest rap connoisseur. I am, however, going to talk about his marketing technique.  Rockstars (in this case rap stars) have a way to inspire fans to do all sorts of things.

In J Cole’s example, he was able to gather 3000 people to line up in the sweltering heat for 5 hours for a 50 minute concert? How did he do it? He created something called a Dollar and a Dream Tour to reward his fans for buying his album, and thanking them for their support. What he also did was build in safe guards so the tickets wouldn’t fall in the wrong hands and be scalped.

It method was somewhat simple. We tweeted the location of the concert 3-4 hours before every show allowing for his fans to get the pre-destined location. He made everyone involved in the planning of the concert sign a confidentiality agreement so there would be leaks. The result was that people were lined up for hours, and most were running through the streets. He started trending on twitter causing more people to become aware of the event and go out and buy his album. Even the fans that didn’t get in still loved him.

Why am I talking about a rapper on a personal finance site? Well because there is a lesson here. A few weeks ago, I read a fantastic book called Think Like a Rockstar by Mack Collier. The general premise of the book is social media marketing, there is value of everyone who reads it, not just people in the digital space. Although let’s be real- everyone is in the digital space now.

Marketing is a very important part of any business. It can be anything from a blog to a fully fledge business. No one is going to find you if you’re not able to promote your products properly.

How does this apply to you? And why do Rockstars have fans, and companies have customers? What can you take away from that?

Here is how Mack answers it.

“The answer is surprisingly simple: because that’s what both groups want. Rock stars want to connect with their existing fans and cultivate new ones, while most companies place a priority on acquiring new customers.”

It’s as simple as that.

Your company or your blog is your business, and add such you have to spend 3x as long to acquire a new client/ reader that you would to hold on to your existing one and make them read more on your site.

In J Cole’s case, he most likely spent a few thousand dollars on the venue. No other marketing was done. His fans spread his message, and showed up in droves to support his and buy his album.

Yes, most rockstars in it to make money, but the smart ones are able to give something back to earn an even bigger pay day in return.

Mack’s book, Think Like a RockStar breaks down into different sections, explaining how you can save money and build your business to perform better by engagement, and earning loyalty.  Its a great book to pick up if you want to understand the world of social media a bit better, and let’s face it, we all need a cheat sheet once in a while. This will certainly added to my list of books for entrepreneurs. 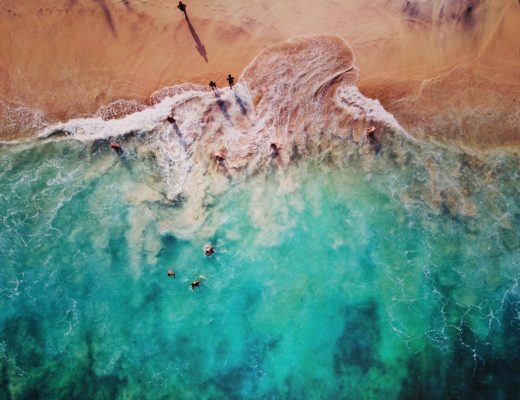 Public Mobile Wants Your Junk With Their #SIMSwap Program + A HUGE GIVEAWAY!

5 Things You Need To Know Before Getting Car Insurance