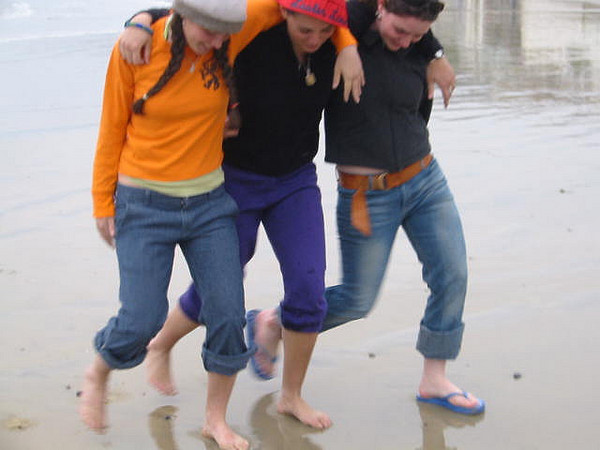 I have never been a bigger believer in getting a contract when lending money to friends, but there are pitfalls if you don’t cover your bases.

Money magazine reports that 27% of those who lend money to family members never get it back anyway, and 43% aren’t paid in full.

My friends are dear to me and I trust them, so why bother writing down every dollar that they owe you.  Recently I have come to realize that not all friends are good at paying you back. I have one friend in particular who is guilty of this. I went through my bank, and credit card statements yesterday and saw that she owes me close to $500. Normally I wouldn’t preach mentioning it to them, but we have fallen out of touch. And since we are not on speaking terms anymore, it seems like she thinks she doesn’t have to pay me back anymore.

This friend of mine is famous of being in a mess when it comes to her finances, from being evicted to not having food money for her, being broke is pretty common for her. Despite having a job that pays more than $50000. I am here to judge what she spends her money, or whether her shopping, smoking, partying habits are good or bad for her. She is a fantastic mother and just goes through rough patches at times. Besides being extremely smart with everything else, she is horrible at planned spending. Therefore she owes me money for things like her gym membership, shopping spree, gas money, lunches and dinners, daughters eyeglasses. I am the poster child for financial responsibility either, but there are certain lines that shouldn’t be cross, and I dont cross them.

I am a nice person, or at least I try to be, so when a friend is in need of something I help them out. Up till now, she has been great at paying me back. Since we stopped talking, however, she has not. This got me thinking about what to do next time a friend asks to borrow money.

I know it is harder for smaller amounts, but it is best thing to do. I have friends who I take turns with buying lunches. I am not talking about that. I hate being that person who writes everything down, but sometimes you have to look out for you. If you want to donate that money, there are worthier causes than someone’s gym membership and I am upset that I have to constantly attempt to remind others of their balances. They wouldn’t behave this way if it was a bank or a credit institution, but why treat a friend in a horrible manner?

I will need to start practising saying that. I found that sometimes money can ruin a perfectly good friendship, or prolong a unpleasant situation, like this one.

Have you ever had an issue with lending money to friends and not having pay you back?
5 Comments
Share