You should always seek value

To get yourself financially free, to make good investments and to get through life in a calm and relaxed manner – you should always seek value.

This applies equally to picking out your groceries at the supermarket, to buying a car, buying a house or an apartment, picking out investments for your future – and any other transactions you make through life.

So what do we mean by value, exactly? This may seem an obvious question with an obvious answer, but it isn’t. In fact, you could write a whole economic thesis on what does or doesn’t constitute value. But to simplify things, it means buying something at less than what you perceive to be its intrinsic value. This is not to be confused with simply buying cheaply. 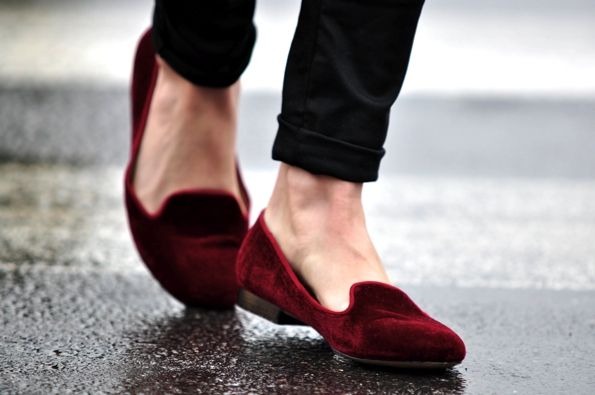 You may already know the value feeling you get now and again when you’re in the market for something like a car, a house or something much smaller scale. You look at a few then you see what appears to be the ideal candidate – but it’s markedly cheaper than you would expect it to have been.

You’re immediately a little suspicious but after further digging and verification (like a structural survey with a house, or a mechanic’s report with a car) everything works out OK and you buy. This may equally apply to something as small as some fresh vegetables from a market stall; you perceive the true value and the object is much cheaper than you think it ought to be.

Now if you look back on your life – can you honestly say that every purchase you’ve ever made was true value? Of course you can’t – and most of us don’t even try all the time. Instead, we like to feel we’re treating ourselves, that we somehow deserve a little luxury and we’re going to let our hair down for once etc. There’s nothing wrong with this – unless, of course, you really want to get yourself financially free from the yoke of having to work continually for a living doing things you don’t really enjoy. If you do want to get free – then make buying value a key mantra.

If you don’t and love your work, then continue to enjoy it – but still make at least some provision for your future – because things change.

This applies particularly well to investing for your future. The legendary Benjamin Graham is considered by most market watchers to be the true “Father” of value investing. Ben Graham was also the teacher and overall inspiration for the greatest investor of all time – Warren Buffett. Buffett used much what Graham had taught him in honing his own system, though it has to be said, he went much further down the road and didn’t stick rigidly to a pure value-led approach.

Graham thought it unlikely that most investors would be able to outperform the market. Most things are already in the price and investors are often overly optimistic. However, Graham also noticed that, from time to time, market pessimism took stocks to a level below what he considered to be their intrinsic value.

So what did he mean by intrinsic value? Well the best guide was the price to tangible book value. In short, Graham enjoyed buying shares in companies whose theoretical break-up value (the total value of their tangible assists such as property and cash etc.) exceeded their current value (or market capitalisation). When you add into this discount companies trading at low price to earnings ratios, with abnormally high yields, then you have what Graham considered to be intrinsic value.

His approach was important in that it helped investors take a huge amount of emotion out of the stock selection process – and is still doing so to this day.

When the basic value of a company has come out in some way, Graham advocated selling the stock. Inevitably, this sees investors lose out on further gains which often seems to happen. But then again, some companies don’t prosper and gradually fritter away their assets as the share price falls. In many ways, Graham’s value investing approach was focused more on avoiding big losses than making big gains. And this, in turn, became Warren Buffett’s main advice to investors. He once said that the first rule of investing was not to lose money and that the second rule was to remember rule number one!

The Graham approach has been proven to work in investing. The Tweedy Browne report on what has worked in investing over a long period, for example, concludes broadly that going against the herd in value-based stocks which are profitable with strong balance sheets and low price to earnings ratios works over time.

Value works across all fields

In much the same way as this kind of value principle works in investing – it can also work in all forms of trading and gambling. But these aren’t the same things as investing. With trading/gambling, the person placing the trades expects to win (or lose) quite quickly and will exit a trade quickly after the event. These are usually specific events or short-term markets etc. This could be something as simple as a points spread bet in a football game, or trading two currencies against each other in foreign exchange markets.

So if, for example, you visited Europe and couldn’t believe how expensive everything was, you may conclude that the dollar is undervalued against the Euro and make a trade to go long the dollar against the Euro – or vice-versa. You may not get it right, but at least you’d be applying your own broad version of what you perceive to be value.

The same goes, then, for sports betting. Let’s say Roger Federer is playing Rafael Nadal in the final of next year’s French Open tennis championship. Now Nadal has, famously, won nine out of the last 10 French Open tournaments, so he’d justifiably be favorite. But let’s also hypothesise that Roger Federer was a 5-1 shot. In this case, you may perceive Federer to be value, as you’d probably expect him to win at least once if the pair played each other four times at Roland Garros – so if you kept backing him and he did win one in four, on average, you’d be making a steady profit.

The same goes for betting on sports like soccer, rugby league, or rugby union, or many other sports where gambling is popular. If you can keep a clear head, not get swayed by emotion, and place your trades accordingly – you may be able to come out ahead.

Can you win more than you lose?

Just remember that most people can’t manage this over a long period. Also remember that you’ll never win them all; the trick, instead, is to win more than you lose constantly weighing risks against rewards and constantly placing trades where the former are smaller than the latter. This is the key to success.

With the advent of online betting exchanges like Betfair, it has never been easier for the disciplined punter to make steady percentage returns. That isn’t to say this is easy, however.

Remember; the world of investing and certainly gambling is cluttered with get-rich-quick scams and “systems” which certainly don’t stand up to any kind of statistical analysis over the long term. They are always based on past performance and always require you to part with your hard-earned income up front. Be sceptical about these and trust your own value based judgements instead.

Remember too that not everyone has the statistician’s cold, detached resolve to make any kind of system work. Ben Graham gave us the right basis for a good approach here; there is no room for emotion or personal preference to cloud your judgement. This may sound easy in theory, but in practice, it is infinitely harder to stay detached than one might initially think. As we said earlier – we’ve all made value purchasing mistakes in our everyday lives because too much emotion comes into play at times.

The wisest course of action is to start with a virtual account in your chosen sphere – whatever that may be. So “buy” a certain number of X shares after you’ve read a few books on value investing, or place a few virtual currency trades, or a few sports bets with a demo account only. The amounts don’t matter, it is the percentage gains we are interested in.

If you prefer to act with real money to more accurately reflect the real world and to help you take it seriously – then start with a kitty which is many times smaller than what you can actually afford. In this way you can, of course, test whether the system works, but even more crucially, you can test your own resolve to adhere to the principles involved.

Make each investment or trade with a designated percentage of your overall fund. If you can maintain your discipline and accept that it’s often a case of “two steps forward, one step back,” you may be able to reap good rewards. If you get it right – then add increasing (though small…) amounts of cash to test its validity before you decide whether to proceed on a more ambitious scale.

This has been touched on already and we will try not to hammer the point here. But try not to follow the herd or to be swayed by anything other than numerical statistical analysis – the Ben Graham way.

All types of investing, trading and betting are, to some extent, motivated by “fashion”. This offers the value seeker some wonderful opportunities. So at soccer, for example, Manchester United are “bound” to win game X etc., because they’ve signed a new top player or whatever. Most of us are victim to fashion of some form or another at some time in our lives. The trick is to try and ignore it. Leave your prejudices, personal favoritism, irrational likes and dislikes, and emotions to one side and concentrate on the stats.

Remember too that people are attracted by past successes and are inclined to believe they will continue. People are fundamentally optimistic by nature. But value investments, trades and bets are easy to identify once you’ve developed the knack of not being swayed by too much emotion.

The trouble is that with success comes danger. If you’ve enjoyed a notable success in whatever your chosen sphere you can’t wait to repeat it. You’re positively dying to put the principles into practice again to trouser yet another gain. But this time, there doesn’t seem to be any screaming value-based bargains. So what do you do? Well, as you read this guide, it’s easy to think “I’d leave it until a suitable opportunity arose at some subsequent date.”

The problem is, though, that most people simply cannot achieve this in practice. Most of us would have a trade or bet for its own sake due to our irrational optimism. This is the gambler’s trap and it has no place in a value strategy. Remember, you are not an out and out a gambler, but a value seeker in whatever you do – including gambling.

The best way around this huge pitfall is to establish value criteria and stick to them rigidly – never making a single variation for any reason whatsoever.

If you let this be your mantra – and you have an eye on the long-term and only follow your own proven successes, you’ll get financially free much more quickly than you would otherwise; good luck.

5 Outdoor Jobs that Break the 9-5 Grind

Public Mobile Wants Your Junk With Their #SIMSwap Program + A HUGE GIVEAWAY!